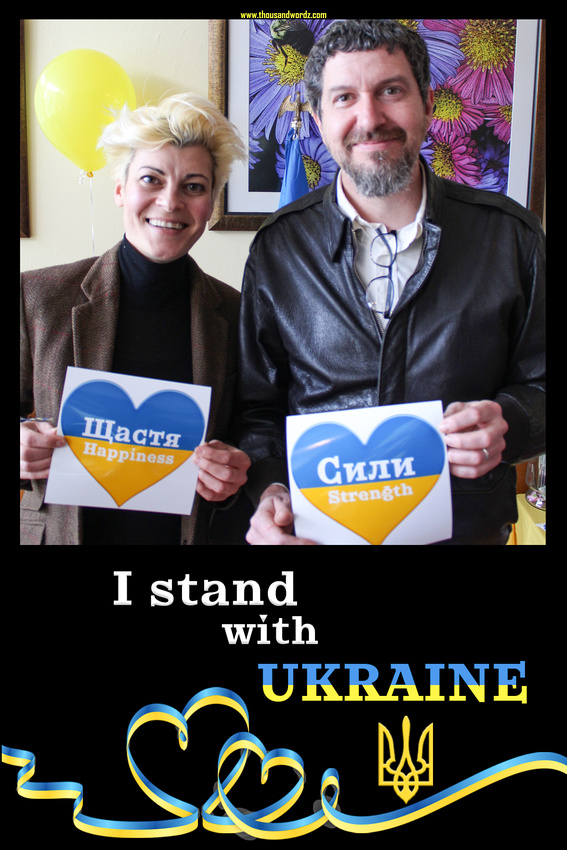 February 26: See: Battle of Mykolaiv and Battle of Vasylkiv

March 1:  Sumy Region - more than 70 Ukrainian soldiers had been killed during the Russian shelling of a military base in Okhtyrka. A Russian missile later hit the regional administration building on Freedom Square during a bombardment of Kharkiv, killing at least ten civilians, and wounding 35 others
65km-long Russian convoy heads for Kyiv. Pressure increases on Kharkiv and Mariupol in the east, and Kherson in the south. Human Rights Watch reports that Russians are using cluster bombs against civilians. The US closes its skies to Russian aircraft.

March 2: See: Horlivka offensive, Battle of Sievierodonetsk (2022), and Battle of Voznesensk. The Ukrainian military reported a Russian paratrooper assault on northwest Kharkiv, where a military hospital came under attack. Russian tanks enter Kherson, the first and only regional capital city to fall during the first month of the war. Russian forces surround the port city of Mariupol in southeastern Ukraine. The number of refugees who have fled Ukraine surpasses one million.

March 4: At Zaporizhzhia Nuclear Power Plant, a projectile hit the plant site, causing a localized fire in a building that is not part of the reactor.NATO Secretary-General Jens Stoltenberg rejected Ukraine's request for imposing a no-fly zone over the country, stating that it would lead to a full-fledged war with Russia
March 9: See: Battle of Brovary
Russian airstrikes hit a maternity hospital in Mariupol, killing three. Streams of refugees flee bloody battles in Kyiv’s northwestern suburbs Irpin and Vorzel.

March 11: Russian forces expanded their offensive to Western Ukraine, targeting Ivano-Frankivsk and Lutsk. Four Ukrainian soldiers were killed and another six wounded during rocket attacks on Lutsk Air Base, while two boiler plants were shut down and the airbase was destroyed. Missiles also hit Dnipro, killing one civilian, while the Russian Defense Ministry claimed to have disabled the military airbase at Ivano-Frankivsk International Airport.

March 12: In Mariupol, a team of journalists with the Associated Press news agency films a Russian tank shelling an apartment building and an AP reporter is among medical workers targeted by Russian sniper fire. Russian forces pillage a humanitarian convoy trying to relieve the city’s residents.

March 13: Russia broadens its attacks on western Ukraine, firing 30 cruise missiles at a military training base in Yavoriv, 25km from the Polish border. At least 35 people are killed and 134 others wounded, according to Ukrainian officials.

March 15: The Czech, Polish and Slovenian prime ministers ride a train to Kyiv. Twenty thousand civilians managed to flee Mariupol. The number of refugees surpasses three million. Putin likens domestic opponents of the war to “gnats” who weaken the country. He speaks of a “natural and necessary self-purification of society” that will “strengthen the country”, hinting at a potential crackdown on dissent.

March 16: See: Chernihiv breadline massacre, Kherson airport airstrike, and Mariupol theatre airstrike. The U.S. Embassy in Kyiv claimed that Russian forces had shot and killed 10 people queuing up for bread in Chernihiv. Videos were later posted by others on social media showing the purported aftermath. Ukraine later announced its forces had begun a counter-offensive to repel Russian forces approaching Kyiv, with fighting in Bucha, Hostel, and Irpin. Additionally, Ukrainian forces also started an offensive near Mykolaiv towards Kherson.

Russian artillery strikes on Ukrainian military barracks in Mykolaiv, where around 200 soldiers were stationed. It is presumed nearly all 200 soldiers were killed, as only one survivor was pulled from the rubble the next day. Ukraine says it has rescued 130 people from the ruins of Mariupol’s municipal theatre, bombed two days earlier, and warns that hundreds more could be trapped beneath the rubble. A further 5,000 civilians are evacuated from the city, bringing the number of evacuees to 35,000. Russian forces enter the city and fighting is reported in the center, as Ukrainian officials say the city has lost access to the sea. The Mariupol city council estimates 2,500 people have been killed during the Russian bombardment. Six missiles are fired from the Black Sea at the western city of Lviv. Two are intercepted and four strike an aircraft repair hangar, killing one person.

March 20: See: Kyiv shopping center bombing
Russian airstrikes destroy an art school in Mariupol where some 400 civilians are reportedly sheltering. The UN says more than 10 million people have been displaced in Ukraine, including those who have fled the country.

March 22: The Ukrainian state agency responsible for the Chernobyl exclusion zone reported that Russian forces had destroyed a new laboratory at the Chernobyl nuclear power plant. The laboratory, which opened in 2015, worked to improve the management of radioactive waste, among other things. "The laboratory contained highly active samples and samples of radionuclides that are now in the hands of the enemy, which we hope will harm itself and not the civilized world," the agency said in its statement.

The Ukrainian forces mounted counterattacks on Kyiv's eastern approaches, recapturing some settlements such as Lukianovka and defensive positions. To the immediate northwest of the capital, the fighting for Irpin continued, most of the town remaining in the Ukrainian hands amid sustained Russian artillery fire.[ The Russian forces took over the city of Slavutych north of Kyiv, close to the Chernobyl nuclear site

March 26: In the ongoing battle of Kyiv, suburbs to the west and east of the capital, including Маkariv, Bucha, Irpin, and Bilohorodka, continued to be shelled by the Russian military and in some areas, such as Bucha and Nemishaeve, Russian forces were digging in. After tense street protests by locals in the occupied city of Slavutych, north of Kyiv, the Russian military agreed to withdraw provided there were no Ukrainian soldiers in the city but set up a checkpoint outside Slavutych.

March 27: Russian military continued missile strikes across Ukraine including the cities of Lutsk, Kharkiv, Zhytomyr, and Rivne, while Mariupol was again subjected to sustained shelling. Ukraine's defense officials reported that the Russian forces – their ground offensive largely stalled – were attempting to regroup and establish a "corridor" around Kyiv to block supply routes to the capital.

March 28: The Ukrainian Defence Ministry said that the Russian forces were regrouping to advance towards the Donetsk and Luhansk regions, partially controlled by Russian-backed separatists, while bringing more warships in the Black and Azov seas closer to the coastline, probably to carry out more missile strikes in Ukraine.